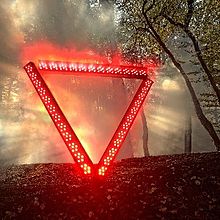 This is the third studio album from Enter Shikari. I was disappointed with their last album Common Dreads released in 2009 especially after the amazing Take to the Skies from 2007 which came second in my top ten that year. I hadn't been looking out for it but after a listen to "Ghandi mate, Ghandi" I popped on to Spotify to listen to the whole album.

The album is much dancer than their previous releases but I really like it. There are a lot of catchy tunes and the first two tracks "System" and "Meltdown" are by far my favourite on the album. I am enjoying the rock/dance cross over at the moment and this was a welcome addition to my collection when I finally got hold of it in March.

If you to are liking the rock/dance vibe at the moment (especially anything with a heavy baseline) I highly recommend this album.