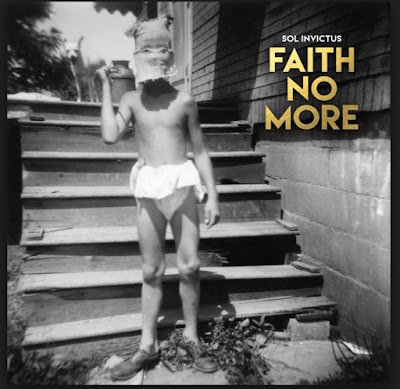 I was pretty late to the party when it came to Faith No More, only really getting into them back in 2008 after attending a weekend at ATP's Nightmare Before Christmas which was curated by Mike Patton.

I hadn't realised how long it had been since they had released a studio album (it had been nearly 18 years since the last album before Sol Invictus hit the shelves). I had been fortunate enough to see Faith No More during their reunion tour in 2010 at Brixton Academy and having only got into them a few years before hand, I hadn't had to wait as long as others.

The first track I heard was Superhero which definitely caught my attention. However when I first listened to the album I was left a little underwhelmed as it seemed to be the only track of that calibre on the album.

But then I saw them live, twice within a month. Suddenly the whole album clicked into place and having seen both performances opened with Motherf**ker I totally got it to the point it became my most listened to album of 2015, hence the No.1 spot.

The album has some very bizarre tracks (as you would expect). I especially like to think that Mike Patton was stoned one day watching Disney's UP when he came up with "Cone of Shame". This is just how my mind works.

I highly recommend giving this album a listen (well actually a few as it is most definitely a grower) as well as all the albums in my Top Ten this year.