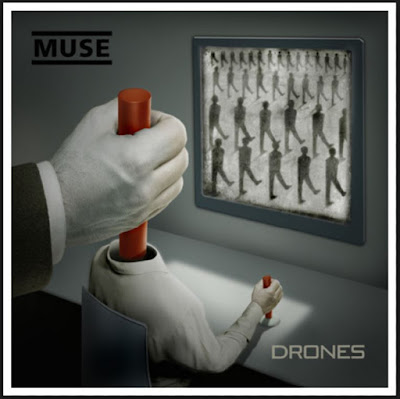 Muse albums for me over the past few years have been pretty hit and miss. I absolutely loved Absolution and was also a big fan of Black Holes and Revelations (although it does have a couple of tracks on it I am not massively keen on). Resistance was a real let down for me and The 2nd Law promised much but ultimately failed to deliver on what should have been an awesome concept. That said it does have some great tracks on the album.

I didn't want to get too excited this time on the back of one song so after hearing Psycho, which uses a much played interlude which any fan will recognised from Muse's live shows, I reserved judgement until hearing more of the album. By the time I had heard most of the album I was incredibly excited for it's release.

It does miss out on the top spot though for two reasons - 1) Globalist was only available to Spotify Premium users leading me to believe it was the most amazing song on the album. It is not. 2) the acapella track at the end. It has grown on me but it is very odd!

Live, the tracks are amazing. It's not Absolution brilliant in my mind but I have really enjoyed listening to it and the theme carries really well through the duration of the album. I again had difficulty picking a track from this album but decided to go back to that first track that I heard from the album.