Top Ten Albums of the Year 2015 - No.8 : Public Service Broadcasting 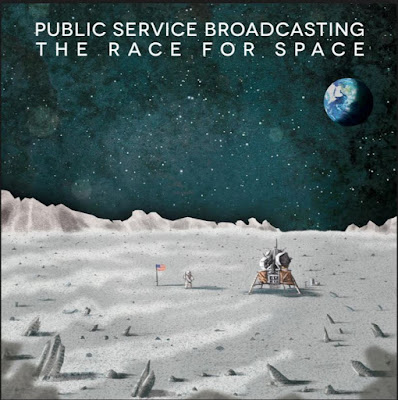 I love a concept album. I also quite like space stuff having been fascinated since a kid a) due to Punky Brewster's desire to become an astronaut despite the Challenger disaster and b) being privileged enough to see the Atlantis Space Shuttle take off from the Kennedy Space Centre in Florida when out there for a Speedway related holiday and my Mum's 40th birthday!

The band worked with the British Film Institute to use samples of newsreels from across the world during the race to space between the Americans and Russians. The tracks tell of various achievements in the space race including the first human in space (Gagarin), the first space walk (E.V.A) and the first woman in space (Valentina).

The album will also never be performed live in it's entirety according to the band due to the tragic nature of track "Fire in the Cockpit" which tells the tale of the failed Apollo 1 mission which claimed the lives of it's crew members.

But the track that got me to check out the album (it's not my usual thing after all), replaying one of the most poignant moments in space travel history is "Go!".