On Monday I smashed my personal best in the gym by completing 23 burpees in one minute! The best I had managed previously was 20 and recently I couldn't get past 17.

As you know at the moment I have been trying to cut down on beer in a bid to shed some pounds before the wedding. It's as if the lovely people at Brewdog had heard about this and needed to encourage me to think again. At lunchtime on Tuesday I received an email from BrewDog offering me a free bottle of Born to Die - a perk of being a shareholder. What they expertly seemed to know was that Andy and I were in fact heading to one of their bars that night. Well, at least I saved some monetary pounds! Sorry but I am never going to pass up free beer, especially when it is awesome!

Tuesday had a double serving of awesome as we headed over to Bush Hall to see Vennart, Mike Vennart from Oceansize's new band. They also had some awesome support from a band called Cleft (of which we purchased their album after on blue vinyl!) and a weird and wonderful band called Knifeworld who were just, well, odd! 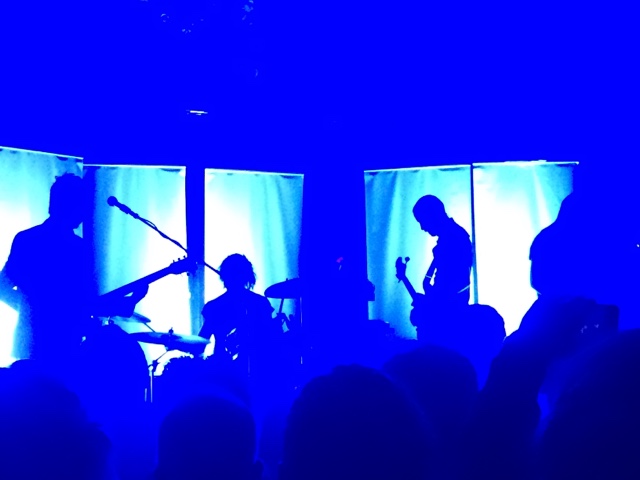 Wednesday saw our third outing to see the fabulous Book of Mormon. It was a different cast to the last time we saw it and sadly I don't think the cast was quite as strong but it still provided a lot of laughs! 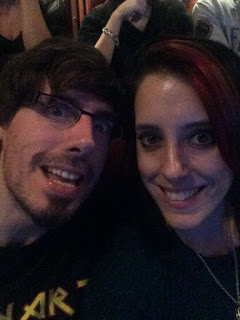 On Thursday we headed to one of our old work locals, the Green Man in Riding House Street for a reunion drink with our old department. We had a fantastic turn out and it was great to catch up with so many people!

As Friday rolled around and the sun set on another work week (well more that the rain came down on another week really), the drinks continued, this time with the I Live in SE16 Christmas Meet Up at the Old Salt Quay. Mini pulled pork burgers are the future!

After a bootcamp session in the morning and some crafting work from me, it was off to Hawker House (our new favourite local) for some drinks and food with our friend Ben. I am absolutely loving the concept of Hawker House - great beers and a wide variety of food. I have managed to have something different every time we have gone. This time I opted for pizza sliders from Born and Raised. First time I have ever had a pink pizza thanks to their beetroot sourdough base!

And to round the week off, it was down to Bexley for birthday drinks for my friend Steve at the Miller and Carter. You can never go wrong with Steak and Chips really!

(to become a shareholder at BrewDog - click here - please message me for referral codes)
(the Book of Mormon is currently showing at the Prince of Wales Theatre in central London. For tickets and info - click here)
(Hawker House is open until the 19th Dec before taking a break for Christmas. For next year's opening times click here)
Email Post
Labels: Awesomeness Book of Mormon BrewDog Busy Cleft Going Out Hawker House Pubs SE16 Vennart