My Year in Awesomeness

What a year! I have had some truly awesome times and sadly some sad times but I shall only focus on the awesomeness for this post! Because lets face it, no one wants to start the new year reading about sad stuff.

As always, this was a fairly quiet month for us as we embarked on the annual de-tox. We met @BreatheFitPT in January and started bootcamp which kick-started a new fitness regime for us in the new year.

We also had our annual walk in Knole Park in Sevenoaks - a tradition my friends started nearly 10 years ago now and one I hope we will continue to uphold for many years to come.

Well, there is only one thing to really say about February. During a trip to Bruges in Belgium, Andy and I got engaged at the top of the Belfort tower, moments before the bells would have drowned him out! It was fantastic! The views from the Belfort are amazing. Afterwards we headed to a local bar, rang our families and celebrated with an American couple drinking insanely strong Belgian beers!

March was a fairly quiet month but we did enjoy Andy's parents company for one weekend including a lovely meal up on the Roof Gardens in Kensington.


We also continued our decorating of dad's place and finally finished the front room.

As part of my Wine Women and Wool group, I had my first ever piece of art displayed in a gallery. Ok mine was not that great compared to the others in the group but nonetheless it was nice to have it on display.

I took the Urban Fox Craft's stall along with mum to Surrey Docks Farm again in May for the Spring Fair. We are still learning a lot about what stock to take and when but we have sold a fair bit of what we have made this year which is a bonus.


Andy and I also finally got round to having our engagement drinks in May with many friends and family. I also failed to take a single photo!

Welcome to the mental month! June was epic.

We kicked off with another fantastic trip to Aberdeen for the BrewDog AGM with a fantastic business round up and some amazing live bands.


The following weekend we headed to Download festival. It rained pretty much all weekend but it didn't stop Andy and I having a fantastic time. We even got to go side of stage for Clutch.


Next up myself, Tadders and Louise took part in the Cancer Research Pretty Muddy 5k Run.

June also saw the start of games nights with a night at Anthony's and the first initiation of Cards Against Humanity.


Topping off the month was Jeff and Sarah's wedding down in Surrey. A great day with great friends.

Andy turned 40 in July, and I surprised him with a trip to Berlin. I also surprised him by arranging for a group of friends and his family to meet us out there. Logistical nightmare but so glad Tadders and I pulled it off.


Andy and I also took part in our first 10k of the year at the Olympic Stadium.

Continuing the sporty theme, Andy and I completed Ride London Classic 100 - a 100 mile ride through London and Surrey. We had trained hard for it at the Olympic Park on the road track and on the day the training paid off with a decent time of just over 6 hours.

Summer holiday time - and this year a return to Turkey and the beautiful resort of Kalkan. We highly recommend it!

We were supposed to be training in Kalkan for Run to the Beat but the hills were just too steep. But we took part when we return anyway. It wasn't the fastest run for either of us but still faster than last year.

We headed up to Nottingham at the start of October for our friend Ash's birthday, and a bit of a scouting mission for me for my Hen do the following month. But went and watched some ice hockey - my first game for a while!

We also went back to Manchester in October for our second visit to the Indy Beercon. A lot of amazing beer was consumed and already looking forward to going again in 2016. 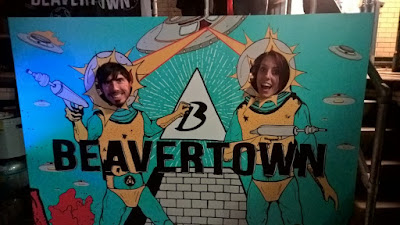 We also got to explore the pubs of Penn near High Wycombe with my bridesmaid Debbie and her partner Matt. 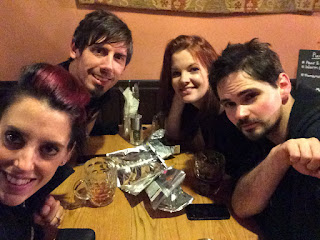 Oh and Andy and I enjoyed dressing up for halloween again. 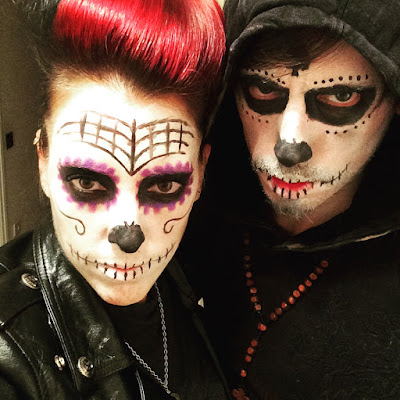 The hen do arrived a lot quicker than I expected. I absolutely loved it (even though I was forced to dress up a little bit - however I was spared from plastic man bits). A weekend in Nottingham with two club nights at Rock City, Ice Hockey, ping pong and train beers.


I also survived my first movie marathon in November. Andy, Tadders and I went to see the Avengers Part 2 movie marathon which consisted of Iron Man 3, Thor: Dark World, Captain America: Winter Soldier, Guardians of the Galaxy, Avengers: Age of Ultron, and Ant Man. I didn't manage to stay awake the whole way through but I did see most of the films.

It was a fairly busy December to remain in keeping with the rest of the year. We saw Clutch at Brixton academy. 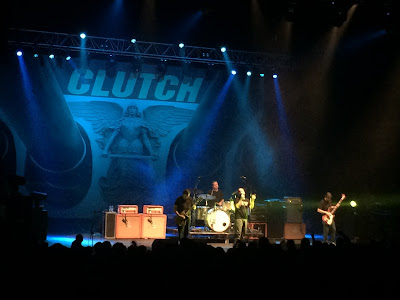 December is normally a month long booze fest for us but this year we sensibly/madly signed up to a 10k back at the Olympic Park, this time for the Mo Farah Foundation 10k. Despite the less that impressive wet weather, the course was quite good fun and we managed to both smash our personal bests. Andy's previous best was 48 minutes. His new PB was 43.29. I managed to shave 3 minutes from my best time (previous best was 57.31, new personal best now 54.29) but my best 10k of the year had been 1hr 2mins so a massive 8 minutes off my best time for the year. Happy days!

Next up was Christmas jumper day which I decided to go all out for this year in the name of charity.

Christmas was as awesome as ever. A day of cooking, good company and so much booze. 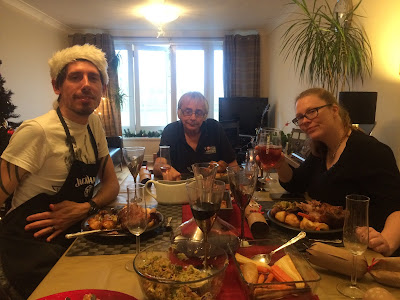 And to finish the year off - Star Wars and a day trip to Lancaster to drink lots of craft beer and pay tribute to Lemmy in The Pub with a game of pool. 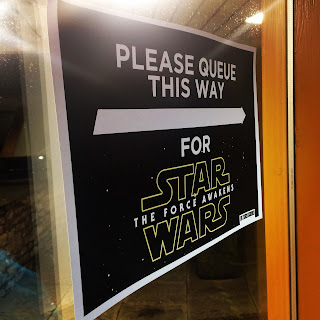 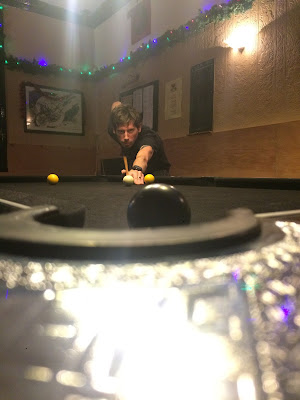 WHOA!! What a bloody awesome year! I started writing this post this morning and it has taken most of today to finish it - and I didn't manage to cover everything!

2015 has been pretty epic. And 2016 is shaping up to been even more so with our wedding, mini-moon oh and both of us running marathons!