We have been to a few gigs already this year and although we haven't got anything else lined up for the rest of the year, I am sure there will be some last minute gig-age!

So what we have see so far this year:

Surprisingly our first gig of the year! We managed to get a good spot up in the gods at Koko. It was the first gig the band had done since their tour bus crash in 2012.

It was great to hear them again and they played most of our favourites - maybe we will get Wanderlust at the next gig. 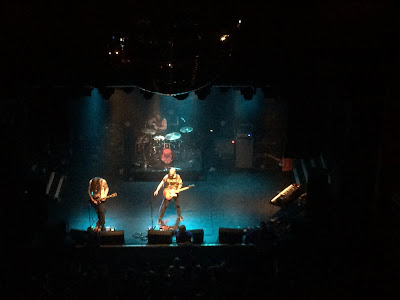 In April I was dead lucky to get to see Muse at the o2 twice. Thanks to best mate @Tadders I got a free ticket to her company's box on the 3rd April. Thanks to the central location of the stage we got quite a good view from the box. 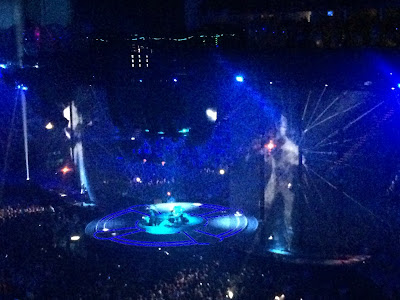 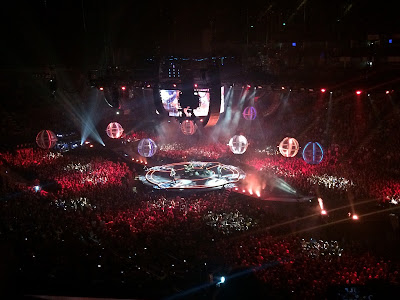 And on the 12th April we had standing tickets so got a totally different perspective of the gig. And we also had a slightly different set list which is always a bonus! The new album sounded great live as did all the classic tracks. 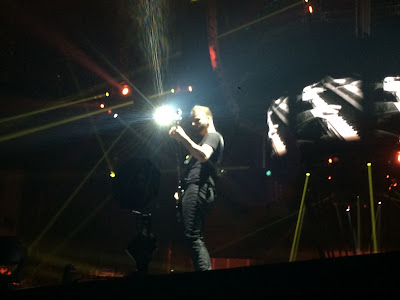 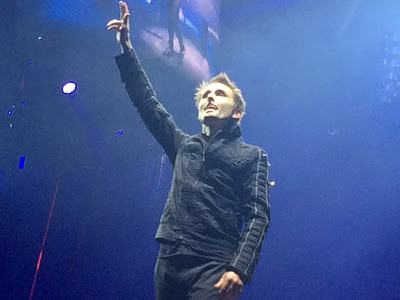 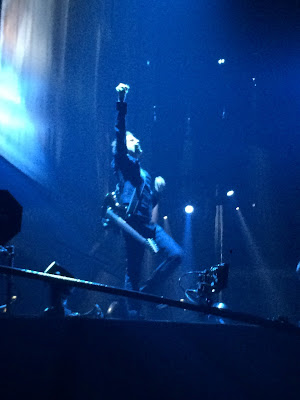 Our friends Debbie and Matt bought us tickets for this gig as our wedding present. Pretty cool present! It was an amazing gig with an over 2 hour acoustic set featuring tributes to some of our fallen stars this yeah including a fantastic cover of Nothing Compares to You (if you didn't know - even though Sinead O'Connor scored the number one with this track it was actually written by Prince).

They were not keen on you taking pictures in the Royal Albert Hall so the only picture I have is this one: 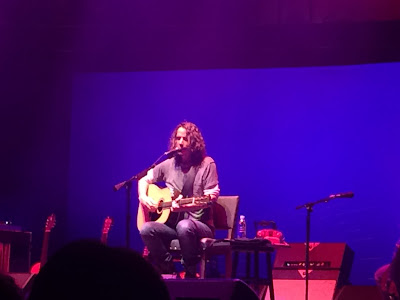 As always we had a blast at what turned out to be the wettest Download we have been to. My wellies died after trudging through the mud all weekend. But on the plus side it was quite warm so although wet, it wasn't as miserable as the previous year.

As always there were a lot of bands we saw. Highlights - Royal Republic, The Men Who Will Not be Blamed for Nothing (steampunk band which featured a song about Isambard Kingdom Brunel - local SE16 hero),  NoFX, and Iron Maiden. But we also had a blast with 2 Manor DJ's again in Somersby's Manor House and new addition to the campsite this year, Hair of the Dog - a pub/all night disco. 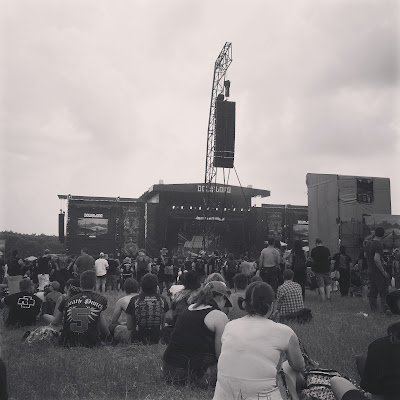 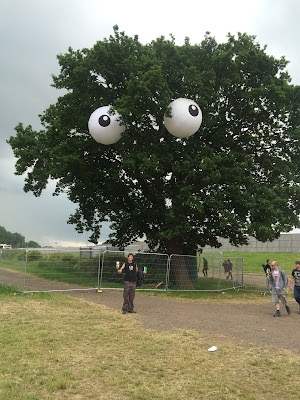 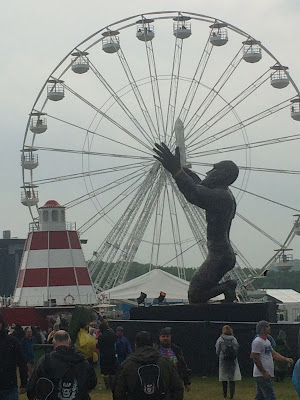 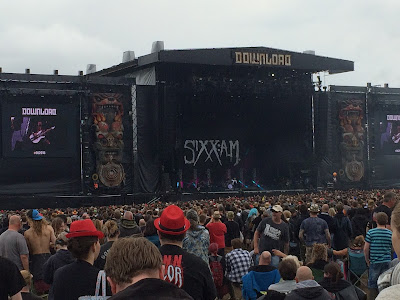 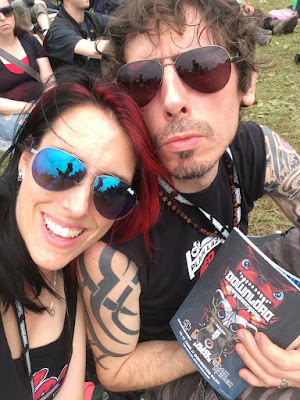 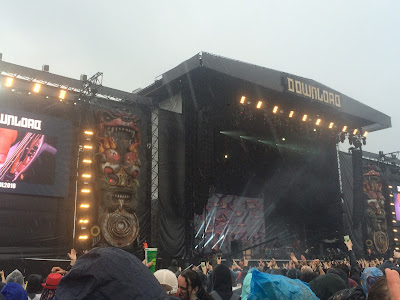 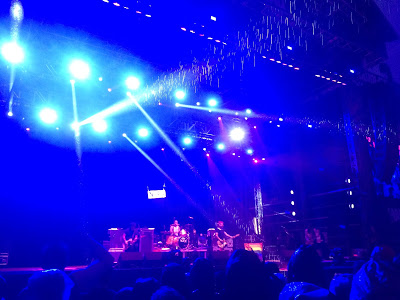 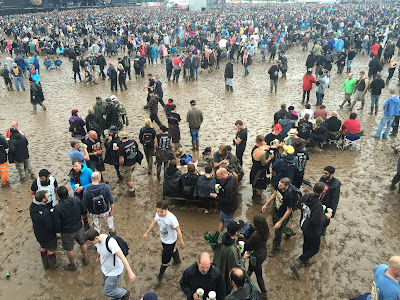 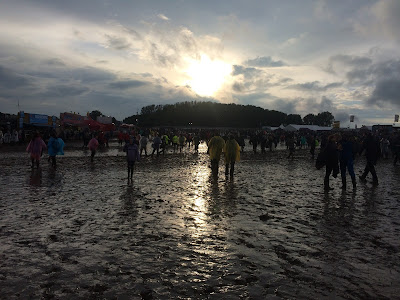 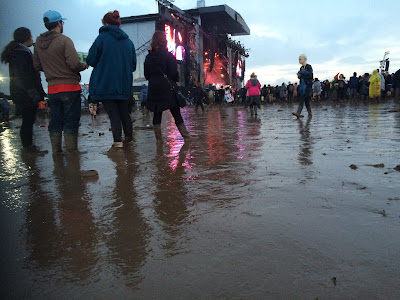 This was a tribute to Star Wars night that I bought Andy for his birthday. We had the Blues Harvest plus Darth Elvis and the Imperials but we had to investigate to figure out who the headline act was as they were only listed as Luther Into Star Cruiser. We knew from the blurb on the site that they were one of Q magazines 50 bands to see before you die and that they had headline Glastonbury. I eventually figured out who it was and played a game with Andy to get him to guess only for him to have a sudden lightbulb moment, go into the bedroom to his gig ticket box and pull out a ticket from 1995 with Luther Into Star Cruiser on it. Apparently the band had gone by the same name previously!

On the night we managed to get right to the front and I finally got to see Ash live - a band who's back catalogue I knew more than I realised and a band that I have never managed to see live before. All in all it was a fantastic night! 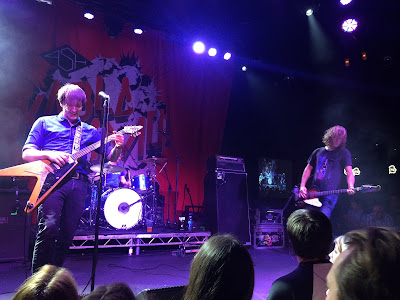 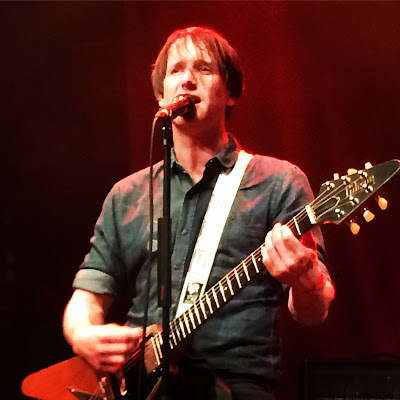 August brought us to the hottest gig I have ever been to. We headed up to the Abbey Tavern first for a few drinks before checking out the revamped Bull and Gate (such a shame it is no longer a music venue but on the plus side Youngs have done a good job with it, put in a decent selection of beer and made it look nice but still not the old place) and then went into the Forum.

I do not necessarily advocate bikram gig going. There was sweat dripping from the ceiling and the bar could not serve water fast enough. And we were standing at the top rather than in the mosh pit.

The gig was not as good as the last time we had seen Thrice but the new album was sounding pretty good. 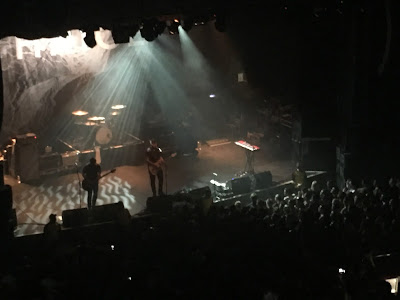 And our last gig for now was at the end of September for Red Fang, supported by Torche. With a new album on the way we were looking forward to the gig. In all honesty the sound wasn't brilliant and my inability to tell the difference between a pint of Red Stripe and a pint of golden ale didn't make for a great evening but it was great to see them live again. They played a number of favourites including Blood Like Cream and Prehistoric Dog. 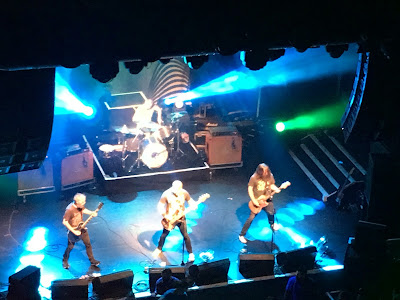