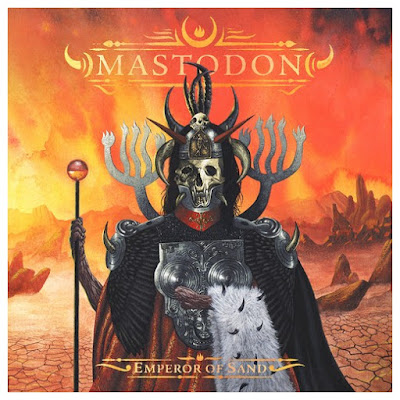 Mastodon's last three albums have scored top three positions in my countdowns and yet this is the lowest placing but again - this is not down to it being a weaker album. Far from it. It has just been a strong year for albums.

I first came across Mastodon back in 2008 at The ATP Nightmare before Christmas gig - I kick myself after finding myself standing next to the band after at the bar, not getting my brother to talk to them. I doubt we would have ended up as best buds but you never know!

Back to the album though, and it is yet another strong album. It kicks off strongly with Sultan's Curse and continues strongly with Show Yourself. But my favourite track is Ancient Kingdom. It is an amazingly powerful track with a fantastic crescendo towards the end. It is one I am looking forward to seeing live when we see them next.

I can't find an official video so will post a link to YouTube and Spotify to the track as well as the album.: