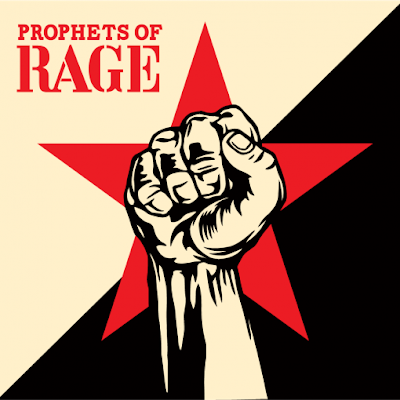 With world events what they are at the moment it is no surprise to see a number of acts using music to air their opinions.

Prophets of Rage comprise of members of Rage Against the Machine, Cypress Hill and Public Enemy. As previously mentioned I had no idea who they were when I saw them at Download initially. But unlike their Download set, the album is full of original

It perhaps isn't the strong protest album though that I was hoping for. Unf**k the World is still by far my favourite track and the album is enjoyable but it isn't new sounding. It does sound a lot like Rage but without Zack De La Rocha. It doesn't quite have the raw sound that you expect but as I said, it is still enjoyable.

And link to the album on Spotify here: